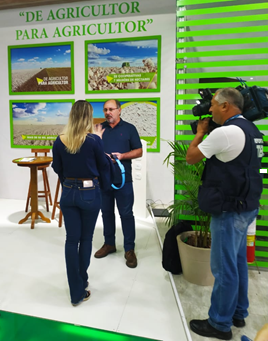 The 12th Brazilian Cotton Congress was held in Goiânia (state of Goiás, close to Brasília) from 27th to 29th August 2019 with the motto “cotton industry as a showcase for tomorrow’s agriculture”. Goiânia is located in the heart of cerrado – the Brazilian savanna – where a modern, productive and sustainable cotton production has been consolidated, which today characterizes Brazil as a major world player. The congress covers a broad area in cotton production, from exhibitors from the cotton market, to keynote speeches, scientific lectures, panels and workshops.

Levertech has been working together with a group of agribusiness cooperatives to create a Brazilian Farming LoRaWAN Network, as well as an ecosystem of applications with different Smart Farming IoT solutions. The potential applications include measuring soil moisture, tracking things/people/vehicles, connecting pest traps and monitoring fruit farming teams. The SWAMP pilot farm at MATOPIBA also received a Levertech LoRaWAN Gateway to integrate with both the SWAMP Platform and the Brazilian Farming LoRaWAN Network. During the event, Helder Gaudêncio was interviewed by the local TV station and explained the LoRaWAN strategy adopted by LeverTech.

Embrapa researchers André Torre and Marcos Visoli, on their way to the MATOPIBA pilot in a laboratory van, also showcased the SWAMP sensor probes and mist nodes with the LoRaWAN Gateway and Weather Station. 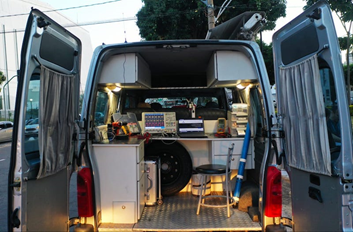