The fieldwork required for keeping the MATOPIBA pilot up and running was affected by the 2020 Covid-19 pandemic. We kept the LoRaWAN infrastructure running, including four soil probes to collect data during the corn season. However, no reliable data has been generated, and maintenance was not the only problem. The probe hardware also presented unsolved instabilities. This fact rushed up the already ongoing development of the ARM processor version of the soil probes. Additionally, this ARM processor hardware has been prepared to turn the commercial METER TEROS 12 probes into a LoRaWAN device to be part of the pilot IoT data-collecting devices.

The new probe version will populate the pilot during the project approved extension, up to April 2021. It is essential to mention the return of Fockink Industries to the project as the winner of a public bid placed by Embrapa to build 120 pieces of this new soil probe in its full set of soil parameters: moisture, temperature, and electrical conductivity. Fockink has shown interest in having the soil probe among its irrigation products.

Another activity expected to be developed during the project extension period is the Variable Rate Irrigation Kit’s deployment and test. The kit will be supplied by the Valmont/Valley company that has offered as counterpart some important parts of the kit and join efforts to install and test the VRI next year. 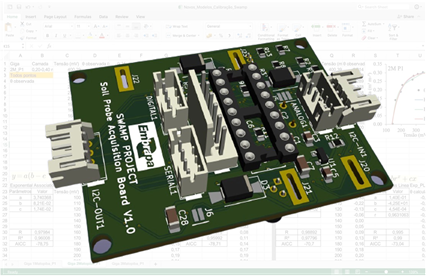 In an attempt to overcome the need for social isolation, we started the development of a simulation approach for making the SWAMP Application Platform independent of the real settings, i.e., a simulated environment for replacing the data acquisition (sensors) and actuation (irrigation systems) devices and equipment. This environment, called SWAMP Irrigation Shell, is composed of two simulators, namely the SWAMP Crop Simulator and the SWAMP Irrigation Simulator. The SWAMP Irrigation Shell is based on the known input-process-output (IPO) model of system development composed of IoT Input System (sensing), IoT Process System (Platform), and IoT Output System (Irrigation).

The SWAMP Irrigation Simulator is aimed at providing a virtual environment where different Water Need Estimation approaches can be implemented, tested and evaluated, detaching the operation of the main part of the SWAMP Platform from a real agricultural setting (sensors, irrigation system), and providing a means for demonstrating the SWAMP Platform that may allow the simulation of a much different variety of parameters affecting irrigation, such as crop, season, soil types, and weather. 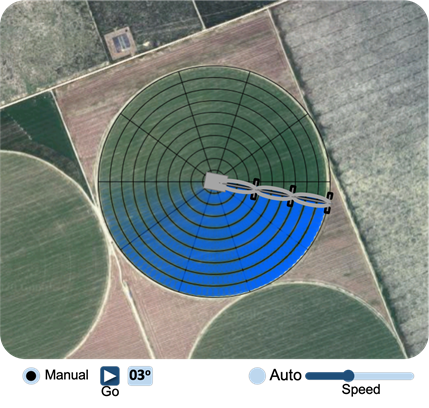